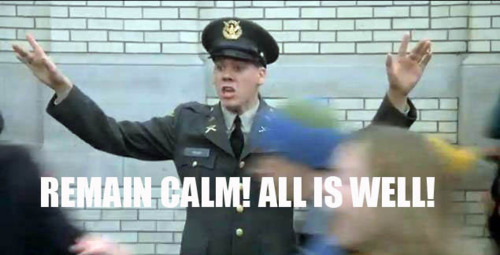 Guys, I am well aware that I can and must not only ignore but also protest the parts that aren’t Catholic.  I don’t need permission nor to be made aware.  But thanks for pointing it out, because there are millions of Catholics who don’t understand the differing weights of papal pronouncements. So bravo for at least drawing the distinction, even if, on the ground, it won’t matter.

But here is my question for each of you, humble servants.  Do you consider yourself a pastor of souls?  Do you believe in the Original Sin Free Will Heaven Hell Eternity thingee?

Then how can you sit back so calmly and say that none of this matters, when it matters PROFOUNDLY.  The eternal destiny of souls is at stake. The gravity of the matter determines the gravity of the response. Does anyone remember Matt 18:6, Mark 9:42 or Luke 17:2?

Consider that the document is even more of a disaster in the fact that, instead of establishing a universal discipline and process for wielding the (false) mercy, which could easily have been called out as heresy, he instead leaves the heresy up to the local Ordinary.  Your ability to receive (false) mercy will depend on how heterodox your bishop is. And with over 3000 diocese around the world, someone seriously underestimated there being only 50 Ways to Leave Your Lover. Welcome to Universal Unitarian Catholicism.  Too bad that’s exactly the opposite of the definition of Catholic. Diabolical inversion abounds.

Consider also the historic irony of +Burke calling on Catholics to ignore portions of a papal document, due to these portions being heterodox, and that this aspect of the article isn’t even news!  That’s how far down the rabbit hole we’ve gone in three years.

Consider lastly those, and I’m still speaking of loyal sons here, who are actually proclaiming the goodness of the document, as if the poison weren’t there.  Well, at least he didn’t support “gay” marriage, he said abortion was bad, and there was some pretty sweet biblical language in there about marriage.  Again, this is what passes as Hope when you’re that far down the rabbit hole.

Doesn’t everyone realize we are beyond the point of no return on this papacy?  We’ve already tried the private interventions.  We’ve already tried the public interventions.  Get your head around the fact that THIS IS ONLY THE BEGINNING.  Success builds on success. These treacherous infiltrators are here to destroy the Church.  Stop telling me I’m overreacting, because I’m here to tell you the situation CANNOT be hyperbolized.

There is now absolutely no acceptable course other than formal accusation, deposition and renunciation. Into The Breach, boys!  The power of Christ compels you.