Tell me more about how all of this is no big deal, this too shall pass, we’ve had lots of heretic popes, he hasn’t done anything SUPERbad yet, the catechism doesn’t have any magisterial weight, and we even had Alexander VI with seven children and twenty concubines. Besides, the question of Benedict’s abdication is a matter of infallible certainty, you know, yet we cannot possibly know what infallibility really is nor how it works nor what Christ really meant in Matt 16:19 nor Matt 18:18, and anyhoo nearly the entire Church was Arian at one point, so shut up.

I’m sorry, no. We have a Marxist/Globalist/non-Catholic usurper in white, a not dead not retired pope in white, and all of the filthy heretics being finally exposed – nay – exposing themselves, willingly. Prophesies being fulfilled left and right. Amazonian time bomb set to explode one month from today. If only I had a dime for every time I’ve written these words: The current situation is entirely unprecedented in the history of the Church.

And guess what? The foremost living expert on Church history agrees.

“Some points of the synod’s Instrumentum laboris seem not only in dissonance with respect to the authentic teaching of the Church, but even contrary to it. The nebulous formulations of the Instrumentum, as well as the proposed creation of new ecclesial ministries for women and, especially, the proposed priestly ordination of the so-called viri probati arouse strong suspicion that even priestly celibacy will be called into question,” the cardinal wrote.

“We must face serious challenges to the integrity of the Deposit of the Faith, the sacramental and hierarchical structure of the Church and its Apostolic Tradition. With all this has been created a situation never before seen in the Church’s history, not even during the Arian crisis of the fourth and fifth century,” Brandmüller added.

Read the rest, as well as Cardinal Burke’s contribution, HERE 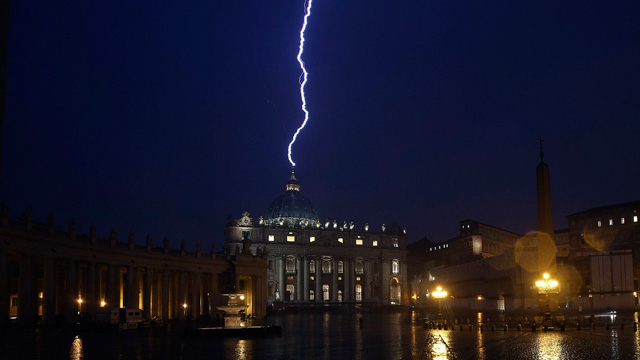