He banned kneeling at Mass in the Diocese of Cleveland last year. HERE 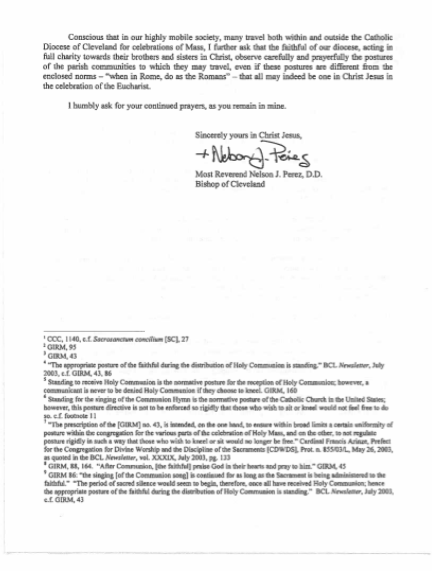