Antichrist could not accomplish his nefarious work without disciples and followers. Hence the beast may be taken by extension to represent the whole empire of Antichrist. Nevertheless it is certain and, in fact, Suarez holds it as an article of faith, that Antichrist is a definite individual. The words of St. Paul to the Thessalonians leave no room for doubt in this matter (2 Thess. 2:3-9).

It is a very general opinion that Antichrist will set himself up as the Messias. This opinion seems to be supported by the words of our Saviour: “I am come in the name of my Father, and you receive me not: if another shall come in his own name, him you will receive” (Jn. 5:43; see also 1 Jn. 2:18). The coming of Antichrist opens the decisive conflict between the Church and the powers of hell. It shall be the complete realization of the prophecy of Genesis: “I will put enmities between thee and the woman and thy seed and her seed” (Gen. 3:15). The seed of the serpent is Antichrist and his followers; the seed of Mary, the woman, is Jesus Christ and His faithful disciples.

Through the power of Satan, Antichrist will perform great wonders to deceive the people and lead them to accept him as the true Messias. St. Paul says that the coming of Antichrist will be “according to the working of Satan, in all power, and signs, and lying wonders” (2 Thess. 2:9). Our Lord also warns the faithful of false miracles in those days: “For there shall arise false Christs, and false prophets, and shall show signs and wonders insomuch as to deceive (if possible) even the elect. Behold I have told it to you beforehand” (Matt. 24:24-25).

Those who adore Antichrist on account of his “lying wonders” thereby adore Satan who gives the power to perform them. Power and material prosperity are the rewards for those who serve him as the devil signified to Christ on the mountain: “All these (kingdoms) will I give to thee, if falling down thou wilt adore me” (Matt. 4:9). Antichrist accepts this infamous bargain and receives the empire of the world—“Who shall be able to fight against him?”

During this time he will pour out blasphemies against God and against the Blessed Sacrament of the altar (the tabernacle of God). He will also malign and vilify those who remain faithful to God and to His Church. He will be given power to wage war against the Church and to overcome it for a time. He shall rule over many nations and many peoples will adore him: his kingdom shall have the semblance of catholicity or universality. This is the great revolt of the nations foretold by St. Paul (2 Thess. 2:3), but it shall not be truly universal; one nation, at least, shall remain faithful to the Church in those days, and the elect whose names are written in the book of life will not adore Antichrist.

Antichrist and his followers, at first victorious, shall soon be overcome and destroyed. As they have meted out to others, it shall be measured unto them (Matt. 7:2). They who have led the faithful into captivity and put them to death, shall themselves be made captives and put to the sword. Hence the faithful must suffer in patience with full confidence of victory.

The beast arising from the earth is a false prophet—the prophet of Antichrist. Our divine Saviour has a representative on earth in the person of the Pope upon whom He has conferred full powers to teach and govern. Likewise, Antichrist will have his representative in the false prophet who will be endowed with the plenitude of satanic powers to deceive the nations.

The “abomination of desolation” has been wrought in many Catholic churches by heretics and apostates who have broken altars, scattered the relics of martyrs and desecrated the Blessed Sacrament. At the time of the French Revolution, a lewd woman was seated upon the altar of the cathedral in Paris and worshipped as the goddess of reason. Such things but faintly foreshadow the abominations that will desecrate churches in those sorrowful days when Antichrist will seat himself at the altar to be adored as God. 13-15. The prophet, of course, shall have power to perform the wonderful works of his master. Among other prodigies, he will bring down fire from heaven, probably to offset the preaching and miracles of Elias, and thus seduce great numbers. He will also have statues of Antichrist erected to be adored by those whom he has seduced. These statues will give out oracles as did those of ancient paganism. In fact, the reign of Antichrist and his prophet will be a veritable renewal of paganism throughout the world.

The followers of Antichrist will be marked with a character in imitation of the sign that St. John saw upon the foreheads of the servants of God. This indicates that Antichrist and his prophet will introduce ceremonies to imitate the Sacraments of the Church.

In fact, there will be a complete organization—a church of Satan set up in opposition to the Church of Christ. Satan will assume the part of God the Father; Antichrist will be honored as Saviour, and his prophet will usurp the role of Pope. Their ceremonies will counterfeit the Sacraments and their works of magic be heralded as miracles.

None could buy or sell without the contamination of pagan worship. (Catholic Library, Archeology Series, Vol. IV., p. 123.) In the days of Antichrist, the false prophet will adopt similar tactics to accomplish the downfall of the faithful. No one will be able to buy or sell the necessities of life without implicating himself in the worship of Antichrist… 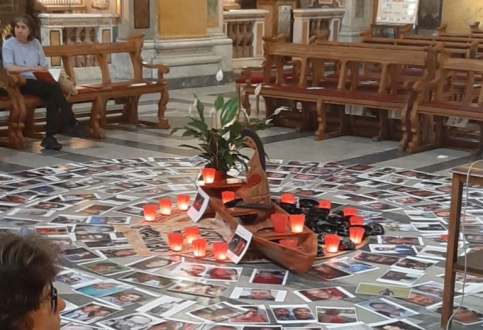 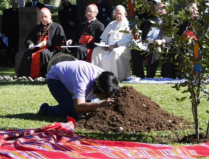 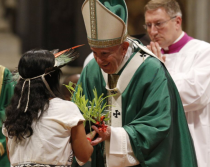 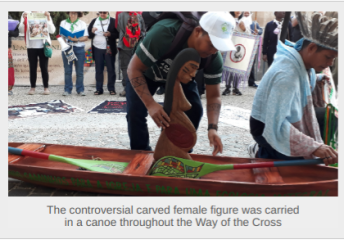 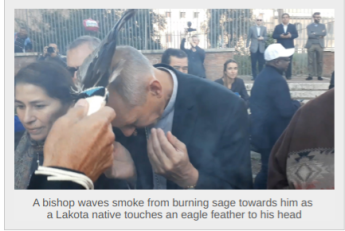 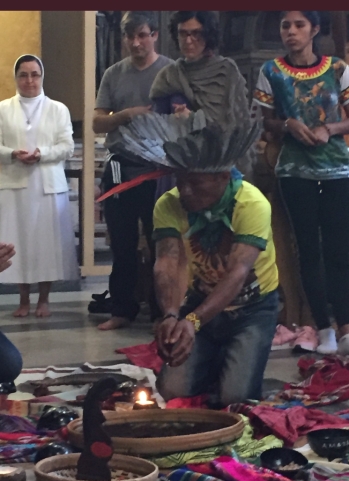 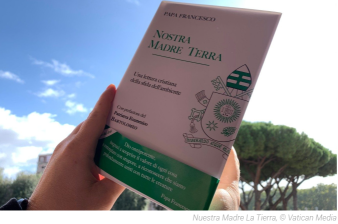 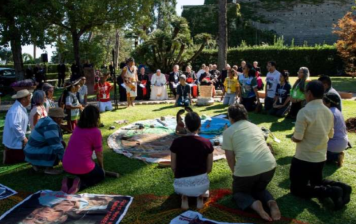 9 thoughts on ““There will be a complete organization—a church of Satan set up in opposition to the Church of Christ. Satan will assume the part of God the Father; Antichrist will be honored as Saviour, and his prophet will usurp the role of Pope. Their ceremonies will counterfeit the Sacraments…””