And yes, they are murderers. Suicides and overdoses abounding, not to mention soaring cases of domestic abuse. Children affected more than most. MURDERERS.

PHILADELPHIA (WPVI) — Philadelphia health officials said Tuesday they have postponed the start of indoor dining in the city to no earlier than September 1. The previous date was August 1. HERE

The news comes as Health Commissioner Dr. Thomas Farley announced 142 additional confirmed cases of COVID-19 in Philadelphia. That brings the number of confirmed cases to 29,945.

The city reported no new deaths on Tuesday, but Farley said the city is in its second wave. (Deaths are at Zero, positive tests are below 5%, and hospitalizations are about ten per day… review the charts below and point me to the “second wave.” This is nothing short of the raping of a once great city.)

“We are recommending people not participate in gatherings of any size,” Farely said. “And when you are around your relatives, you should wear a mask.” 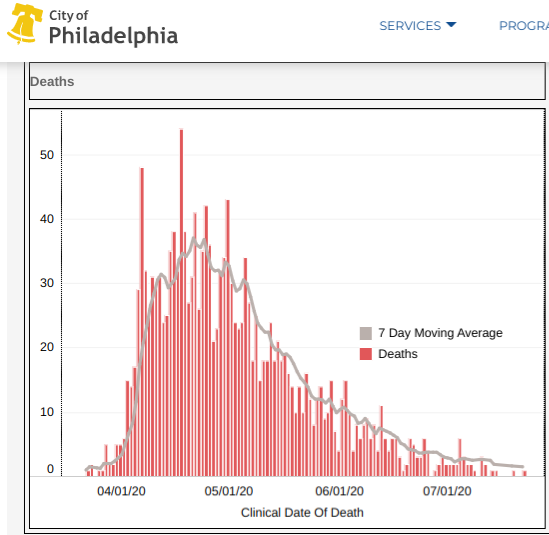 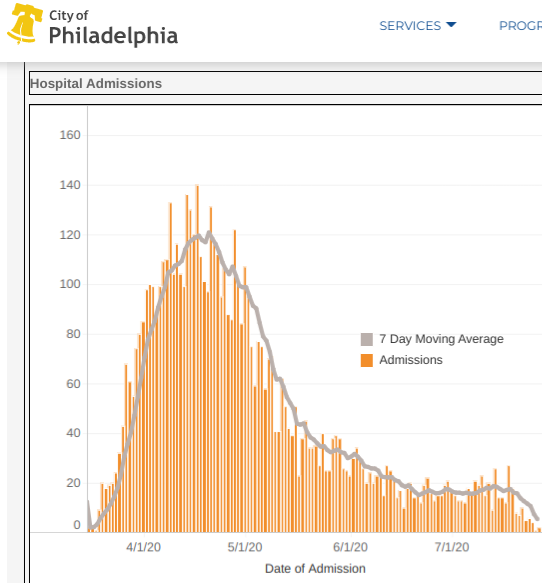 Data current as of 28 July at phila.gov